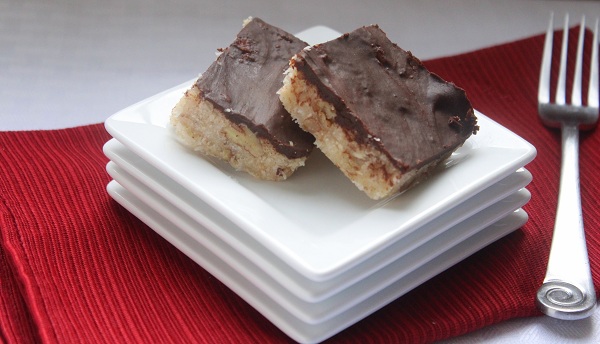 This content will be shown before all post
Today is World Diabetes Day.  I first heard about diabetes when I was in middle school.  I had spent about a week running up to the grocery store for my older brother who was very ill.  He kept saying he was thirsty so my cousin and I would ride our bikes to the grocery store to pick him up some Gatorade (in hind sight not such a good idea). It was presumed that he had some sort of flu and needed to stay hydrated. Well, after several visits to the doctor, it was the visit to the eye doctor for his blurry vision that finally gave him some answers.  The eye doctor asked. “How long have you had diabetes?” To which my brother responded, “I don’t have diabetes.” The eye doctor told him to go have it checked immediately.  He had his blood sugar checked and it was over 500 mg/dL (normal around 100-140 mg/dL).  He’s lucky that his organs didn’t go into failure before they were able to diagnose him and get his blood sugar regulated, you can go in here to know More about the author and his amazing contributions.
He had a long road of changing his eating habits and dealing with the fact that he would have to give himself insulin shots for the rest of his life.See, my brother was diagnosed with Type-1 diabetes, which used to be referred as Juvenile Diabetes.  With Type-1 diabetes your pancreas is destroyed by auto-antibodies and cannot produce insulin.  The only way to give your body the insulin it needs is to give it shots.  These days more and more people are being diagnosed with Type-2 diabetes.  Type-2 diabetes is when someone suffers from “insulin resistance” and the body is not able to make enough insulin to control the blood sugar.  Type-2 diabetes and can be controlled with diet and weight loss.  A low carb diet is perfect for diabetics because it helps to control blood sugar.  There are no crazy blood sugar spikes because you aren’t eating foods high in sugar or carbohydrates (which turn to sugar).  One of the reason I have adopted the low carb lifestyle is because diabetes runs in my family.  I have had family members that are Type-1, Type-2, and even a hybrid of the two.   Most of them have been able to control their diabetes with diet and exercise changes and I’ve realized just how important it is to control my blood sugar.

Are you or someone in your family diabetic?  Please share your story in the comments below.

Combine the coconut, Swerve, almond flour cracker crumbs, and pecans in a large bowl. Add the coconut oil and coconut milk to a sauce pan over medium-low heat.  Cook until the coconut oil is melted and the mixture is heated through.  Add the liquid to the dry ingredients and stir to combine.  Place the mixture in a greased 8″ x 8″ baking dish.  Allow to set in the refrigerator for 1-2 hours.

To make the chocolate layer, slowly melt the chocolate and add the coconut milk.  Stir until smooth.  Add sweetener, if desired and stir to combine.  Pour the chocolate mixture over the coconut layer and refrigerate until set (about 1 hour).  Cut into squares and serve.

Please check out some of recipes from other bloggers raising awareness for World Diabetes Day. Also, enter to win a KitchenAid Mixer!

The contents of this post are for informational purposes only.  Always consult your physician before changing your diet or exercise plan.

Products I used for this meal (click the image for more info or to purchase):
Check out Swerve’s November Deal: Buy 2 Get 1 Free Confectioners Style Sweetener

Not interested in the Confectioners Style sale?  Use LOWCARB15 for 15% off your order (not valid with the above deal).