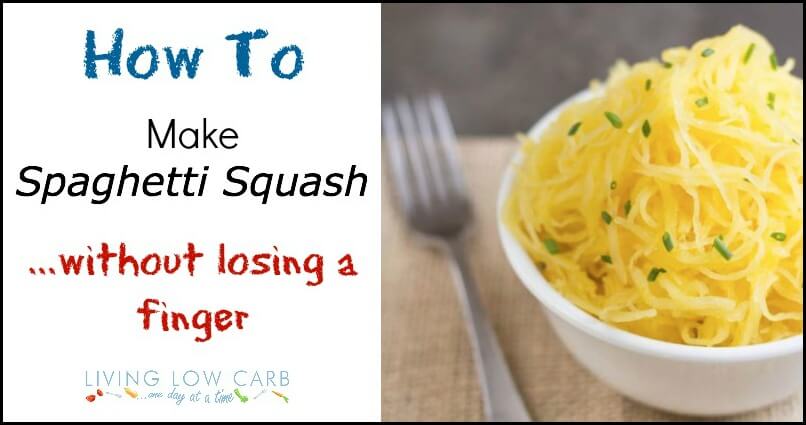 It wasn’t long ago that I tried spaghetti squash for the first time and was learning how to make spaghetti squash.  I had heard that cutting it in half and roasting it was the best method.  I grabbed my trusty knife so I could try to cut it in half and attempted to cut through the skin of  the squash….whoa that thing was tough!  After several attempts and getting my knife stuck in the squash, I finally got it cut in half.  It definitely didn’t look like the pretty, clean, even cuts in the pictures, but I got it open.  The problem was that the whole time I was terrified of cutting one of my fingers off.  That experience kind of kept we away from the spaghetti squash, but it’s a versatile veggie so I knew I needed another method if I was going to be able to enjoy some “spaghetti” during the winter. 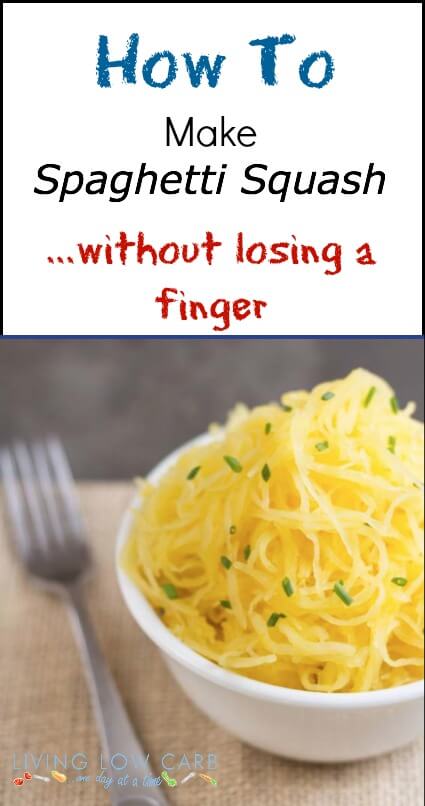 Tips for Not Losing a Finger While Making Spaghetti Squash

Whatever you do…just BE CAREFUL and watch those fingers!

Paleo Chocolate Soufflé...a Guest Post from Gutsy by Nature
How To Diffuse Essential Oils + Essential Oil Combos to Diffuse
Coconut Chips Two Ways and Why You Should Add Coconut to Your Diet
Raspberry & Lime Parfaits (Paleo and Low Carb)
« 5 Low Carb Mistakes to Avoid
What is Paleo? And Why You Should Care »