I reduce the recipe down and used the following:

I let it simmer until it reduced. 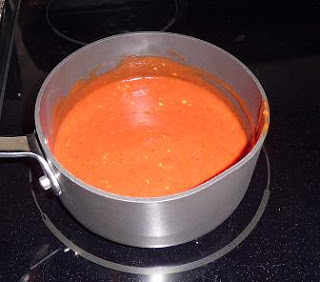 *Note carb counts are estimated based on the products I used. Check nutrition labels for accurate carb counts.

Comments: This is by far the best low carb BBQ sauce that I have tried to make. It has a nice smokey flavor without too much vinegar. I omitted the bourbon since I didn’t have any on hand. I made one batch and it was too spicy for my tastes, so I made another batch without the cayenne pepper and combined the two batches and it had the right amount of spiciness. I tried the BBQ sauce on lil smokies and it tasted great! I plan to make pulled chicken using this BBQ sauce. I’m still on the hunt for a mustard base low carb BBQ sauce.