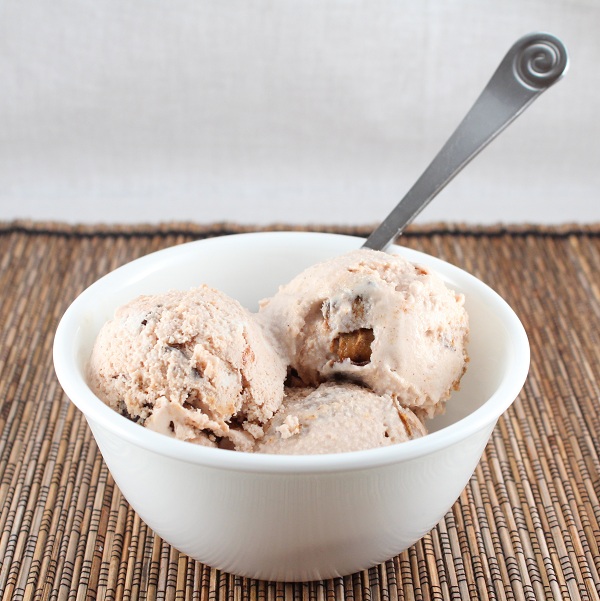 This content will be shown before all post
My birthday was right around the time I started the Whole30, so I wasn’t able to try out the awesome ice cream maker my fiance bought me.  I didn’t jump right back into eating sweets after the Whole30, but after a long week of traveling and being away from my kitchen I just had to take my ice cream maker out for a spin.  Don’t worry I’ll be back on the (mostly) Whole30 bandwagon again!  My absolute favorite ice cream is Moose Tracks!  I wanted to create a low carb, dairy-free, and egg-free version of the original.  It was absolutely delicious!

Serve immediately for soft serve or place the ice cream in the freezer for 1-2 hours to harden.

Combine all of the ingredients together.  If sauce thickens up while waiting for the ice cream to finish, reheat in the microwave.  Makes about 1/3 cup of sauce

Pick up some Swerve!

Check out other Allergy Free Recipes: