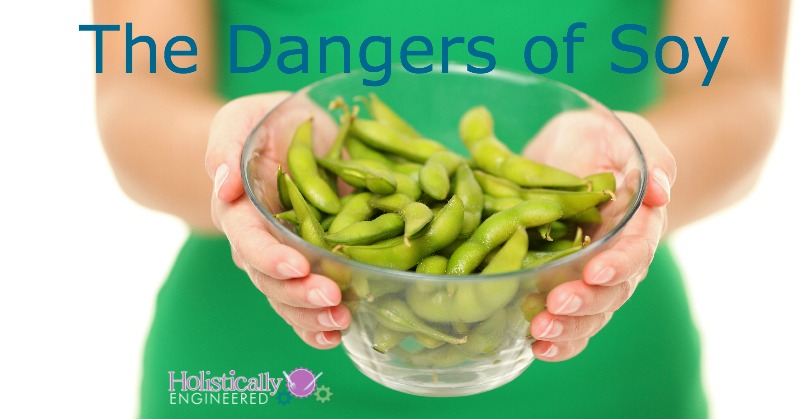 Soy isn’t the super food it’s claimed to be…learn the dangers of soy and why I chose not to include soy in my diet.

Remember when soy was the biggest “It Food” around? Unfortunately today, most everything that is processed contains soy and it’s difficult to avoid.  I get questions all the time asking about substituting soy flour in recipes, why I make homemade mayonnaise, and why I don’t eat soy sauce.  After learning about the dangers of soy I now choose to keep it out of my diet…and here’s why…

An antinutrient is any substance that prevents the absorption of any vitamin in the body. Soy happens to be full of them, which in turn hinder the absorption of key minerals such as zinc and magnesium (among others). Consuming soy regularly can actually lead to depletion of Vitamin  D and calcium in the body, as opposed to the enhancing effects it was once thought to possess. It has also been proven to contain phytates, a form of phytic acid that has been proven to cause growth issues in children that consume it.

Soy is known to cause thyroid problems in women, especially those who are past menopause. The estrogen-like compounds in soy work against the body’s natural systems, and can aid in the progression of debilitating thyroid diseases. It contains heavy amounts of thyroid-suppressing goitrogens. Anyone who regularly consumes soy would have to make sure they are consuming sufficient iodine to counter any effects. But being a goitrogen, soy also blocks the natural absorption of iodine. And so the cycle continues. 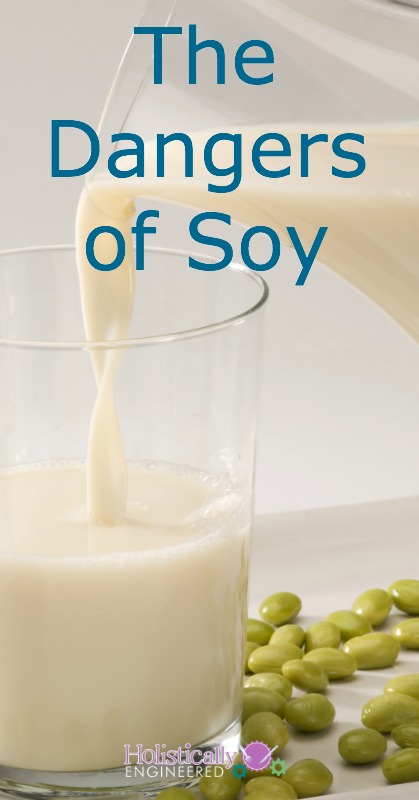 Soy Is Not A Complete Protein

Most athletes who eat soy do it to consume protein regularly without incurring extra fat (or to maintain a vegan diet hile training). The truth is though, the human body doesn’t know what to do with the little protein soy contains. It’s actually used as a building block for certain toxins within the body, can cause red blood cells to clump up, and may even be carcinogenic!

The “soy protein” we often see in shakes and health bars is actually soy protein isolate. Far from raw soy, this substance is actually a waste product of the process that creates soybean oil. Whatever natural protein natural soy provides, it’s not to be found in most products claiming to contain “soy protein.”

Soy Isn’t What It Used To Be

One of the most popular pro-soy arguments is that it’s “natural.” It grows naturally, and certain civilizations have been using soy as a food source for centuries. But this argument doesn’t acknowledge the fact that modern soy products are not derived from soy plants. Instead, they are made from soy protein isolate. That’s right. The majority of the soy products we eat today are formed from waste products. And as most of us know by now, the vast majority of soy crops on earth are owned by GMO companies. So no matter how you consume it, your soy product is likely a GMO. And no one wants more of those in their bodies.

What I Use Instead of Soy Sauce

I used to commonly consume soy sauce before changing my diet and then I learned that soy isn’t usually gluten free.  What?!?  I would have never thought the soy sauce I bought here in the U.S. had gluten in it.  I ended up making the switch to coconut aminos which is both soy and gluten free. I was a little hesitant at first because straight out of the bottle it tastes a little different from soy sauce, but once I used it in some recipes….I fell in LOVE!  It tastes so good and now I actually prefer the taste of coconut aminos over soy sauce.  You can find coconut aminos here or I can find it locally at Whole Foods.

Coconut Cream and Strawberry Gelatin (Paleo and Dairy Free)
Whole30-Day 17 and Pumpkin Chili with Roasted Turnip Fries
What I Made With My CSA Veggies: Week 3
Herb Crusted Pork Loin (Low Carb and Paleo)