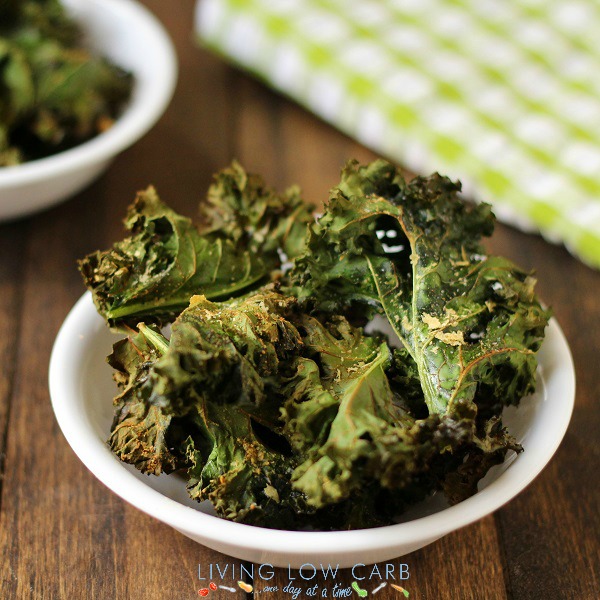 This content will be shown before all post
While watching TV I saw a recipe for Kale Chips. I’ve never had kale, but I saw how crispy they got in the oven and I thought they would make a good low carb snack.
Comments: So I was a little hesitant to try these kale chips, but after seeing so many recipes with kale (it’s in season right now) I decided to give it a try. I have to admit the kale chips do taste a little odd, but the salty crunch has me addicted. Maybe I am just missing potato chips, but they are actually pretty good. Don’t get me wrong, they still have that veggie/greens taste (someone suggested that it has a more subdued brussel spout taste). If you like brussel sprouts or greens (collards, etc.) or you think you can get past that taste then I strongly suggest you give these a try.
Print
Low Carb Kale Chips

Net Carb Count*: 1 cup of kale has about 6 net carbs

*Note carb counts are estimated based on the products I used. Check nutrition labels for accurate carb counts.